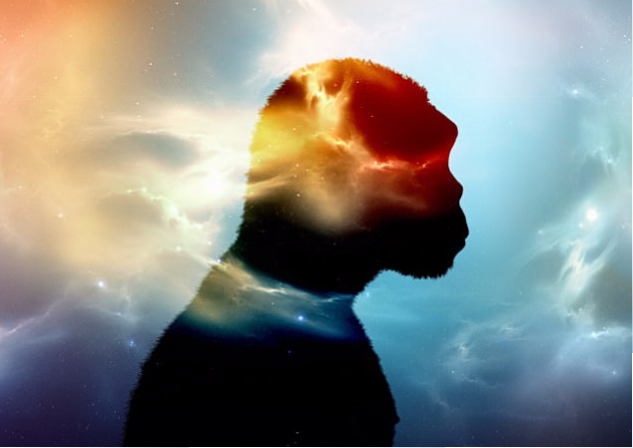 Osborn expressed, “Thales was also the first of the long line of natural philosophers who looked upon the great expanse of mother ocean and declared water to be the matter from which all things arose, and out of which they exist.”4)Henry Fairfeild Osborn, From the Greek to Darwin: An Outline of the Development of the Evolution Idea, Forgotten Books, 2012, originally published by Macmillan and Co. New York, 1894, p. 33 A later Greek philosopher, “Anaximander (610-546 B.C.) had many theories and creations that evolved into our modern scientific thinking.”5)http://10semperiod7.pbworks.com/w/page/46518137/Anaximander%20of%20Miletus; accessed 4/24/2014 Hippolytus says he taught “animals are produced (in moisture) by evaporation of the sun. And that man was, originally, similar to a different animal, that is, a fish.”6)Hippolytus, Refutation of All Heresies, book 1, chap. V; The Ante-Nicene Fathers, ed. Alexander Roberts and James Donaldson; 1885-1887, Hendrickson, 1994, Vol. 5, p. 14 Xenophanes of Colophon (570-475 B.C.)

a disciple of Anaximander, developed Anaximander’s theories further. He observed fossil fishes and shells, and concluded that the land where they were found had been underwater at some time. Xenophanes taught that the world formed from the condensation of water and “primordial mud;” he was the first person known to have used fossils as evidence for a theory of the history of the Earth.7)http://www.ucmp.berkeley.edu/history/ancient.html?vm=r&s=1; accessed 4/24/2014

Rather, he ought to have concluded the fossils are evidence for a worldwide flood.

Irenaeus wrote about another pagan philosopher, “Anaxagoras [510-428 B.C.], again, who has been surnamed ‘Atheist,’ gave it as his opinion that animals were formed from seeds falling down from heaven upon earth.”8)Irenaeus, Against Heresies, book 2, chap. XIV; The Ante-Nicene Fathers, ed. Alexander Roberts and James Donaldson; 1885-1887, Hendrickson, 1994, Vol. 1 p. 376 This is known today as “Direct Panspermia,” propagated by Losif Schlovsky and Carl Sagan, authors of Intelligent Life in the Universe (1966); Francis Crick and Leslie Orgel, who wrote Direct Panspermia (1973); and more recently by Stephen Hawking in various articles. This is also subtly presented within the Intelligent Design movements as the leaders remain ambiguous to define the designer they identify with, only that it is “intelligent”—not omniscient as biblical theism presents. Osborn wrote about Anaxagoras back in 1894, stated, “According to Plato and Aristotle, this philosopher [Anagoras] was the first to attribute adaptation in Nature to Inelligent Design, and was thus the founder of Teleology.”9)Henry Fairfeild Osborn, From the Greek to Darwin: An Outline of the Development of the Evolution Idea, Forgotten Books, 2012, originally published by Macmillan and Co. New York, 1894, p. 42 Notice that it is Nature which becomes the Intelligent Designer. That is exactly the implications of “natural selection”—nature attributed with selective intelligence. “‘Nature’ cannot select without being cast in personal teleological terms.”10)David F. Coppedge, Acts & Facts, Feb 2009, p. 37 Natural selection is actually a logical fallacy known as “reification” which is “committed when a person attributes a concrete and often personal characteristic to a conceptual abstraction.”11)Jason Lisle, The Ultimate Proof of Creation: Resolving the Origins Debate, Master Books, 2009, p. 110

Then came Empedocles. “His works On Nature and Purifications exist in more than 150 fragments. He has been regarded variously as a materialist physicist, a shamanic magician, a mystical theologian, a healer, a democratic politician, a living god, and a fraud.”12)http://www.wisdomsupreme.com/dictionary/empedocles.php; accessed 4/24/2014 The secular website wikipedia says of his philosophy, “It is possible to see this theory as an anticipation of Darwin’s theory of natural selection, although Empedocles was not trying to explain evolution.”13)http://en.wikipedia.org/wiki/Empedocles; accessed 4/24/2014 David Cloud mentioned, “The Greek Epicureans believed that the universe evolved through naturalistic mechanisms apart from God or the supernatural.”14)David Cloud, An Unshakable Faith: A Christian Apologetic Course, Way Of Life Literature, 2011, p. 193 Hippolytus relates the doctrine of Epikouros, “Acknowledging the Deity to be eternal and incorruptible, he says that God has providential care for nothing, and that there is no such thing as providence or fate, but that all things are made by chance.”15)Hippolytus, Refutation of All Heresies, book 1, chap. XIX; The Ante-Nicene Fathers, ed. Alexander Roberts and James Donaldson; 1885-1887, Hendrickson, 1994, Vol. 5, p. 21

More modern of such thinkers is the spiritist Emanuel Swedenborg. Speaking of his book The Worship of Love and God, his biographer wrote, “It essays to give an account of creation first describing the birth of the planets from the sun. Our own earth, when it had at length broken free from the nebulous ring which surrounded the sun, and from which it had its origin, was gradually prepared for the germs of life…. The earliest forms of vegetable life were herbs and lowly flowers, which clothed the surface of the earth with beauty, after these, shrubs and plants; and finally trees. From the vegetable world proceeded the primal forms of animal life, the earliest being insects… and eventually hatched into birds… Lastly came man…”16)George Trobridge, Swedenborg: Life and Teaching, Swedenborg Foundation, Inc., 1944, p. 75-77 Finally, “The history of modern evolution begins with Charles Darwin’s influential paternal grandfather Erasmus…. Erasmus believed in the evolution of life from an organic microscopic biological speck to man…. Erasmus was influenced by his friend James Hutton’s view of long geological ages and uniformitarianism…. Erasmus proclaimed his doctrine of evolution in a popular two-volume set of books entitled Zoonomia; or, the Laws of Organic Life (1794-96).”17)David Cloud, An Unshakable Faith: A Christian Apologetic Course, Way Of Life Literature, 2011, p. 193-194

Erasmus Darwin was a leading Freemason which is obviously where he was influenced with such ancient pagan philosophies of the Mystery Religions. Osborn reveals:

As to the origin of life, he drew from the Greeks, especially from Aristotle, limiting spontaneous generation, however, to the lowest organisms; they also gave him the fundamental idea of Evolution, for he says, “This idea of the gradual formation and improvement of the Animal world seems not to have been unknown to the ancient philosophers.”18)Henry Fairfeild Osborn, From the Greek to Darwin: An Outline of the Development of the Evolution Idea, Forgotten Books, 2012, originally published by Macmillan and Co. New York, 1894, p. 142

Thus there has always been a religious innuendo within evolutionary thought, though a few of the Greek philosophers were atheistic.

Erasmus’ affiliation with Freemasonry is the obvious influence of this metaphysical evolution into deity as is made clear by leading Masonic authors that state such ideologies originate from their pagan roots. Masonic author W.L. Wilmshurst writes, “This—the evolution of man into superman—was always the purpose of the ancient Mysteries, and the real purpose of modern Masonry is, not the social and charitable purposes to which so much attention is paid, but the evolution of those who aspire to perfect their own nature and transform it into more god-like quality.”23)W. L. Wilmshurst, The Meaning of Masonry, Bell Publishing Company, 1927, p. 47 Again, he states, “Man who has sprung from the earth and developed through the lower kingdoms of nature to his present rational state, has yet to complete his evolution by becoming a god-like being and unifying his consciousness with the Omniscient—to promote which is and always has been the sole aim and purpose of Initiation.”24)W. L. Wilmshurst, The Meaning of Masonry, Bell Publishing Company, 1927, p. 94 He elaborates, “No higher level of attainment is possible than that in which the human merges in the Divine consciousness and knows as God knows.”25)W. L. Wilmshurst, The Meaning of Masonry, Bell Publishing Company, 1927, p. 140-141

We also find the Purpose Driven movement forcing its participants to make covenants of obedience to the leaders before they even know what they are getting involved with while Rick Warren bids them to be “Kingdom builders.” Even the modern Bible versions which are prominent in Warren’s theological development play a role in the dominionist doctrine. The dialectic method utilized in their makings and the watering down of doctrines to flow into an interfaith religion of tolerance through ambiguity and diversity. Ralph Waldo Emerson stated, “We too must write Bibles, to unite again the heavens and the earthly world.”26)Ralph Waldo Emerson, “Goethe; or, The Writer”, The Works of Ralph Waldo Emerson in One Volume: Including The Poems, Philosophic and Inspirational Essays, and Biographical Studies, Black’s Readers Service Company, 1925, p. 525 It is a dreadful thought to consider, how the evolutionary ideology is influencing the production of the multitudes of modern Bible version. For example, the RSV and NRSV put in a footnote for Genesis 1:1, “When God began to create” as if it was not “in the beginning.” Some scholars such as Tremper Longman actually endorse this reading to fit their theistic evolutionary presupposition.27)See Heath Henning, “A Critique on Tremper Longman’s Theistic Evolution,” April 19, 2019; https://truthwatchers.com/a-critique-on-tremper-longmans-theistic-evolution/

[Crept In Unawares: Mysticism by Heath Henning is available for purchase here.]