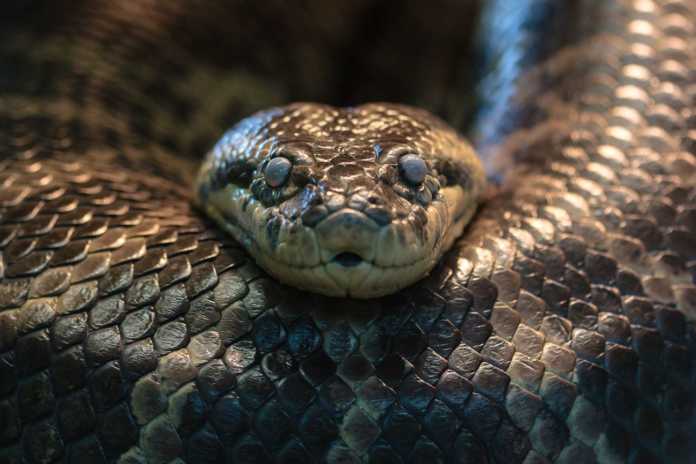 Anyone who has read the Bible and the Quran may have been stricken by the obvious titles used for Allah are the same the Bible uses in reference to Satan.1)passages from the Quran can be checked at http://www.clay.smith.name/Parallel_Quran.2004.03.21.htm which sites eight parallel Quran versions translated in English by Khan, Maulana, Pickthal, Rashad, Sarwar, Shakir, Sherali, and Yusufali; we will also add references to Usama Dakdok’s translation as a ninth English version

Allah is called a “deceiver, And Allah is the best deceiver” (3:54)6)Dakdok while other versions refer to him as a “planner”7)Khan, Maulana,  Sarwar, Shakir, Sherali, and Yusufali or “schemer”8)Pickthal, Rashad. The word used is obviously a derogatory term as the 8 parallel versions, attempting to soften the expression, acknowledge that what Allah is doing is the same as what is being done by “they” being defined in the parallels as either “disbelievers,”9)Khan, and Pickthal “unbelievers,”10)Sarwar, and Yusufali “the Jews,”11)Maulana or “Jesus’s enemies.”12)Sherali Clearly it is defining an action of what is being considered as wickedly “scheming,” “plotting,” and “planning” by means of deception. It is used on other occasions to identify that Allah is doing the same thing that wicked men do in their planning, scheming and plotting (27:50). The Quran expressly affirms that Allah is “He Who deceives them”13)Khan or “beguileth them” (4:142)14)Pickthal. The Bible says Satan as the serpent “beguiled” Eve (Genesis 3:13; 2 Corinthians 11:3). The schemes and plans of Allah are again mentioned in (7:99) of which Dakdok translated as “deception.” One of the parallels offer Allah’s plan as his “retribution”15)Sarwar and all record that none are secure from it. It is once again, obviously representing a negative connotation which is accurately portrayed by Dakdok identifying it as “deception.” Allah is the best of this form of scheming, plotting, deceiving (8:30). Allah is “more swift,”16)Khan, Pickthal, Sarwar, Sherali, and Yusufali “quicker,”17)Maulana and Shakir and “more effective”18)Rashad in his deception (10:21)

Allah leads people “astray,”24)Khan, Pickthal, Rashad, Sarwar, and, Dakdok “made to err,”25)Maulana and Shakir or “caused to perish”26)Sherali and his followers are not to desire to guide them in the correct way (4:88). This carries a predestination concept that seems to contradict their whole efforts of Jihad. Why is “convert or die” even an option? Why is conversion of anyone an option if Allah has led them astray and his followers are not to desire to guide them? Especially in light of Surah 109 which states: “Say: O disbelievers! I worship not that which ye worship; Nor worship ye that which I worship. And I shall not worship that which ye worship. Nor will ye worship that which I worship. Unto you your religion, and unto me my religion.”27)Pickthal The Bible tells us that the “Gospel is hid to them which are lost” because the “god of this world hath blinded the minds of them which believe not” (2 Corinthians 4:3-4), and the Son of God came “to seek and to save that which was lost.” (Luke19:10) God has “now commandeth all men every where to repent” (Acts 17:30); “not willing that any should perish, but that all should come to repentance.” (2 Peter 3:9) Christians, as “ambassadors for Christ,” are to be bold in preaching and desire for people to “be ye reconciled to God.” (2 Corinthians 5:2)

Allah “tempted”28)Dakdok people with sin to break the Sabbath in 7:163. It is rendered as “try,”29)Maulana, Pickthal, Shakir, and Sherali “testing,”30)Sarwar “afflicted”31)Rashad in the different versions but all confirm it as an attack to “rebels,”32)Khan and Sherali “evil-livers,”33)Pickthal or in general “because of evil deeds”34)Sarwar or “transgressions.”35)Maulana,  Rashad,  Shakir,  and Yusufali Scripture says, “Let no man say when he is tempted, I am tempted of God: for God cannot be tempted with evil, neither tempteth he any man” (James 1:13) and that God “will not suffer you to be tempted above that ye are able; but will with the temptation also make a way to escape, that ye may be able to bear it.” (1 Corinthians 10:13) Surely God allows testing of ones faith, as in the case of Abraham or Job, but not to flagrantly set sin before us as a temptation.

Finally, consider the following verses: “Surely, the worst of beasts in the sight of ALLAH are the deaf and the dumb, who have no sense. And if ALLAH had known any good in them, HE would certainly have made them hear. And if HE now makes them hear, they will turn away in aversion.” (8:22-23)36)Sherali The Bible states: “And the Lord said unto him, Who hath made man’s mouth? or who maketh the dumb, or deaf, or the seeing, or the blind? have not I the Lord?” (Exodus 4:11) How often did God have compassion on such men when healing the blind, deaf and mute? “Then Jesus answering said unto them, Go your way, and tell John what things ye have seen and heard; how that the blind see, the lame walk, the lepers are cleansed, the deaf hear, the dead are raised, to the poor the gospel is preached.” (Luke 7:22)

The difference between the God of the Bible and this Allah of the Quran are irreconcilable. It is the very nature of the characters represented that make them so diverse. Of course, the faith in a God will reflect in one’s behavior. If I worshiped a deceptive god as Allah is, every contract, truce, and promise made would be broken without any remorse. The history of Islam proves this. But faith in an infinitely holy God of truth will reflect in my actions as to make a man of honesty and integrity. Even nominal Christians can have such morals. But a Muslim who does would essentially be a hypocrite and apostate deserving of death according to his own religion. How one could trust this Allah for eternal life is beyond logic. Christ invites everyone to “Come unto me, all ye that labour and are heavy laden, and I will give you rest. Take my yoke upon you, and learn of me; for I am meek and lowly in heart: and ye shall find rest unto your souls. For my yoke is easy, and my burden is light.” (Matthew 11:28-30) To know the only true living God and how you can receive eternal life from Him, read “The Gospel” at https://truthwatchers.com/the-gospel/.