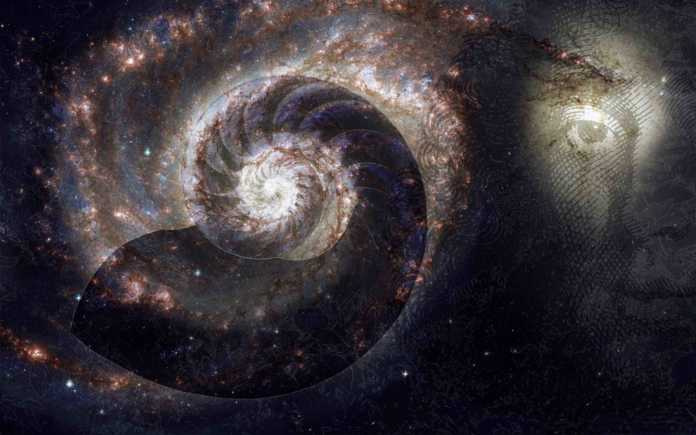 The error of adapting Hegelian dialectics into Christian thinking has caused the error of “theistic evolution,” two incompatible ideas merged together as a synthesis. Another erroneous doctrine which has become prominent is merging the biblical omnipresent God with a pantheistic concept, forming “panentheism.” Mathew Fox defines panentheism as “all things in God and God in all things.”1)Mathew Fox, The Coming of the Cosmic Christ, Harper & Row, 1988, p. 57; also cited Douglas Groothuis, Jesus In An Age of Controversy, Harvest House Publishers, 1996 p. 363 Wayne Dryer’s words explain how the wrong understanding of omnipresence can deify man. “If God is everywhere, then there is no place that God is not. And this includes you. Once you connect to this understanding you regain the power of your very source. …you claim your divinity and reclaim all the potency that God is.”2)Wayne Dryer, Wisdom of the Ages: a Modern Master Brings Eternal Truths into Everyday Life, Harper Collins Publishers, 1998, p. 32 Harold Brown discerned this heresy as a major threat to Christianity, stating, “The religious form of monism is termed pantheism, the doctrine that God is all. It is currently reflected in a popular school of theology that has arisen within Christendom; called process theology or sometimes panentheism, it is probably the most dangerous rival to orthodox theology within the general framework of Christian or religious thought today.”3)Harold O. J. Brown, Heresies: Heresy and Orthodoxy in the History of the Church, Hendrickson Publishers, Inc., fourth printing 2007, originally published under the title Heresies: the Image of Christ in the Mirror of Heresy and Orthodoxy by Baker Books, 1984, p. 40

Herman Hoyt wrote, “In religion, this man [antichrist] will be a materialistic pantheist (II Thess. 2:3-4)…. A religious rebellion will prepare the way for his appearance in society. Basically this philosophy is pantheistic, denying the transcendence of God and asserting that creation is the total of reality. Once this philosophy permeates society, this great man will appear on the scene and demand the worship belonging to Deity…. Opposition to God and the exaltation of self above all that is called God or that is worshiped can lead in no other direction.”4)Herman A. Hoyt, The End Times, BMH Books, 1969, 2006 edition, p. 123 Thus this claim that God is in all things material, the exaltation of materialism blended with spirituality, is a primary tenet of the age old occult, neo pagan, new age movement today. It is preparing the reception of antichrist.

Thousands of years ago in ancient Egypt, the great master alchemist Hermes Trismegistus, believed to be a contemporary of the Hebrew prophet Abraham, proclaimed this fundamental truth about the universe: “As above, so below; as below, so above.” This maxim implies that the transcendent God beyond the physical universe and the immanent God within ourselves are one. Heaven and Earth, spirit and matter, the invisible and the visible worlds form a unity to which we are intimately linked.5)Ronald S. Miller and the editors of New Age Journal, As Above, So Below, Jeremy P. Tarcher, Inc., 1992, p. xi, cite by Warren B. Smith, Deceived On Purpose: The New Age Implications of the Purpose-Driven Church, Conscience Press, 2004, p. 32, also cited in Warren B. Smith, A Wonderful Deception: The Further New Age Implications of the Emerging/Purpose Driven Movement, Lighthouse Trails Publishing, 2010, p. 18

Hegel’s dialectic philosophy introduced a new threat from hermeticism. Magee explained, “Hegel continued to insist that a new philosophy could have an effect on religion, making it truer to its own essence. Hegel’s view, which remained unchanged throughout his career, was that a completed philosophy would take on a form that would make it accessible in varying degrees to everyone.”10)Glenn Alexander Magee, Hegel and the Hermetic Tradition, Cornell University Press, 2001, p. 84 Later Magee referred to,

Hegel’s conscious reappropriation of Hermetic thought, as well as his “return” to Christianity. In Hegel’s musing of a “new religion” there was something vaguely anti-Christian about the whole project… however, Hegel seemed to make peace with Christianity. Part of the project of the Mythology of Reason now seems to be a reconciliation between philosophical reason and a specifically Christian revelation.11)Glenn Alexander Magee, Hegel and the Hermetic Tradition, Cornell University Press, 2001, p. 104

Aleister Crowley was one of the members of the Hermetic Order of the Golden Dawn, whose writings were plagiarized by Anton LaVey, founder of the first church of Satan and author of the Satanic Bible. Thus Hermeticism has an unbroken chain throughout history of opposing God’s people. It is with Hegel’s Gnostic thinking that it is attempted to be reconciled.

The panentheistic doctrine of Hermeticism is fundamental to Freemasonry. Albert Pike writes, “What is Superior is as that which is Inferior, and what is Below is as that which is Above.”12)Albert Pike, Morals And Dogma, The Supreme Council of the Southern Jurisdiction of the Scottish Rite of Freemasonry, 1871, p. 324; also cited by Ralph Epperson, Masonry: Conspiracy Against Christianity, Publius Press, 1997, p. 81, 211 He reiterates, “We conclude this Lecture with that which has always been, and we believe always will be the Masonic idea of the Supreme Being: We call Him the Grand Architect of the Universe, considering that Universe as His most significant temple and perfect work of architecture.”13)Albert Pike, Magnum Opus or Great Work, Kissinger Publishing, LLC, 2004, p. 42 So the god of Masonry resides within his temple, the universe he created, and is thus transcendent and immanent. During the initiation of the thirteenth degree of Masonry, it is said that “God is infinite, he dwelleth in all, with all, and beyond all.”14)J. Blanchard, Scottish Rite Masonry Illustrated: The Complete Ritual of the Ancient and Accepted Scottish Rite, Charles T. Powner, 1979, vol. 1, p. 264; as cited by John Ankerberg and John Weldon, The Secret Teachings of the Masonic Lodge: A Christian Perspective, Moody Press, 1989, 1990, p. 102 The dogma of Masonry is panentheism.

In his book Christianity and Evolution, Pierre Teilhard de Chardin intentionally infiltrated Christianity with this heresy, stating, “What I am proposing to do is to narrow that gap between pantheism and Christianity by bringing out what one might call the Christian soul of pantheism or the pantheist aspect of Christianity.”15)Pierre Teilhard de Chardin, Christianity and Evolution, Harcourt Brace Jovanovich, Inc., 1971, p. 56 Benjamin Crème, a prominent New Age leader said, “But eventually a new world religion will be inaugurated which will be a fusion and synthesis of the approach of the East and the approach of the West. The Christ will bring together, not simply Christianity and Buddhism, but the concept of God transcendent—outside of His creation—and also the concept of God immanent in all creation—in man and all creation.”16)Benjamin Crème, The Reappearance of the Christ and the Masters of Wisdom, The Tara Press, 1980, p. 88; also cited by Warren B. Smith, Deceived On Purpose: The New Age Implications of the Purpose-Driven Church, Conscience Press, 2004, p. 156; also cited by Warren B. Smith, A “Wonderful” Deception: The Further New Age Implications of the Emerging/Purpose Driven Movement, Lighthouse Trails Publishing, 2009, p. 165 There is clearly a scheme to deceive Christians by indoctrinating the churches with this heresy.

a fresh orientation to divinity and to the acceptance of the fact of God Transcendent and of God Immanent within every form of life.

That is exactly what Herman Hoyt expressed as being the antichrist’s religion. A publication from Bailey’s Lucis Trust explained the “deeper Meaning of the Great Invocation,” stating, “The Great Invocation if given widespread distribution, can be to the new world religion what the Lord’s Prayer has been to Christianity. First, the general public will regard it as a prayer to God Transcendent. They will not recognize Him yet as imminent in His creation…. With this fundamental attitude, the necessity for a widespread expression of these underlying facts will be apparent and an era of spiritual propaganda, engineered by disciples and carried forward by esotericisms, will mature.”18)Compiled by Wilma Leftwich, A Profile of a Tax-Exempt Foundation, Lucis Trust, report, p. 81; as cited by Gary Kah, The Demonic Roots of Globalization, Huntington House, 1995, p. 52 The Great Invocation is a New Agers prayer that states, “May Christ return to earth,”19)“The Great Invocation,” https://www.lucistrust.org/the_great_invocation but is not referring to the Christ of the Bible. The plan to propagate this prayer among Christians is to have them call for the antichrist, and this prayer will convince Christians to eventually think of God as being panentheistic.

This erroneous concept of panentheism is also being presented by Eugene Peterson’s The Message paraphrase of the Bible which has the Lord’s Prayer with the phrase “as above, so below” (Matthew 6:10 MSG). Rick Warren, who frequently quotes The Massage, is also guilty of endorsing this heresy in the Purpose Driven movement through the Foundations Participant’s Guide, which states, “The fact that God stands above and beyond his creation does not mean he stands outside his creation. He is both transcendent (above and beyond his creation) and immanent (within and throughout his creation).”20)Tom Holladay and Kat Warren, Foundations Participant’s Guide: 11 Core Truths to Build Your Life On, Zondervan 2003, p. 46 as cited by Warren B. Smith, A “Wonderful” Deception: The Further New Age Implications of the Emerging/Purpose Driven Movement, Lighthouse Trails Publishing, 2009, p. 166 Consider how Rick Warren’s statement parallel the many New Agers quoted above.

Again, Alice Bailey identified her conspiracy to infiltrate the local church with panentheism, wrote, “Temporarily, the fact of God Immanent will engross the attention of all true spiritual teachers, and the fact of that divine immanence making itself felt in perfection through the Christ and other divine Representatives will for a time relegate the teaching on God Transcendent into the background. Undue emphasis has been placed on this major truth, to the exclusion of the nearer and more practical truth of God in every man and in every form in every kingdom in nature; much evil has eventuated by the failure to lay the emphasis upon God Immanent. Later on, when the truth of the Christ indwelling every man and revealed in perfection through the historical Christ and His great Brothers down the ages has been accepted, the teaching of God Transcendent, which is the secret mystery in the custody of Shamballa, will be revealed and emphasized. The two halves of a perfect Whole will then be recognized by humanity. [emphasis in original]”21)Alice Bailey, The Externalisation of the Hierarchy, Lucis Trust, 1957, p. 590-591 Indoctrinating Christians with panentheism is a key phase of the New Agers strategy of infiltrating the churches.

The emergent church has proven to be a focal point for Bailey’s conspiracy becoming complete. Leonard Sweet expresses:

Sweet connects how the mystical experiences is essential to the panentheistic doctrine being emphasized as part of the theology of the coming world religion. Quoting poet Wallace Stevens, Leonard Sweet claims Christianity is based on “Jesus being ‘beyond us, yet ourselves’… the double foci of God’s immanence and God’s transcendence.”23)Leonard Sweet, Soul Tsunami, Sink or Swim in the New Millennium, Zondervan, Publishing, 1999, p. 28 To say Jesus is “ourselves” seems to agree with the many comments of the Gnostics and teachers of the Word-Faith movement calling believers an “Incarnation” and “Christ,” as discussed above.