More
HomeArticlesTruth about the Nation of Islam
Articles

The Nation of Islam has found itself in the news with much publicity recently due to its connections with the Black Lives Matters movement. Though the media has often attempted to slant its exposure in favorable light, the Nation of Islam is an extremely bizarre cult. “In this group we find extravagant claims regarding spaceships, the sudden disappearance of top leader, murder, racial conflict, a bizarre explanation regarding where white people came from, a continual emphasis on black empowerment, and much more.”1)Ron Rhodes, Find It Quick Handbook on Cults & New Religions, Harvest House Publishers (Eugene, OR:2005), p. 119 We cannot offer an exhaustive treatment of this cult in this brief article, but a deep study is not necessary to reveal the truth about the Nation of Islam.

Walter Martin wrote, “The Nation [of Islam] derives from a group called the Moorish-American Science Temple in Newark, New Jersey, established in 1913 by B. Timothy Drew (1866-1929)…. After Drew died, he was succeeded by John Givens El in Chicago and Wallace D. Fard (or Farad) in Detroit, each claiming to be the reincarnation of Drew. El’s followers are known as Moorish Americans and Fard’s as Black Muslims of the Nation.”2)Walter Martin, The Kingdom of the Cults (Revised, Updated and Expanded Edition), Bethany House (Minneapolis, MN: 2003), p. 450 The Nation of Islam is the splinter group which branched out with Wallace D. Fard’s teachings. “Outsiders sometimes see the Nation of Islam as primarily a Black Power political movement with some religious trimmings. In religious terms it certainly has little, if anything, in common with Islam itself, but it does have a very distinct, and extremely detailed, theology.”3) David V. Barrett, The New Believers: Sects, ‘Cults’ and Alternative Religions, Cassell & Co (United Kingdoms: 2001), p. 252 The fact is that beyond using the word “Islam” in its name, there is absolutely nothing mutual in the theological beliefs of the two religious movements. 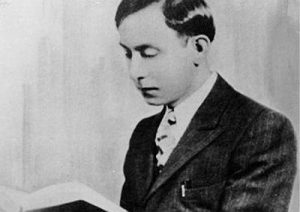 David Barret recorded the beginning of Fard Muhammad’s teaching. “In 1930 W.D. Fard, or Master Fard Muhammad, appeared on the scene in Detroit, claiming to have come from Mecca, and to be the reincarnation of Drew. His actual origins are unknown, and the one known photograph of him suggest that he was white in colour.”4)David V. Barrett, The New Believers: Sects, ‘Cults’ and Alternative Religions, Cassell & Co (United Kingdoms: 2001), p. 251 He exploited the racial tension of his day to stir emotions of those who listened to him—mainly emotions of anger and hatred. Henry Young noted, “He instructed blacks to prepare for the battle of Armageddon, which he interpreted to mean the final confrontation between blacks and whites.”5)Henry Young, Major Black Religious Leaders Since 1940, Abington (Nashville, TN: 1979), pp. 66-67 Elijah Muhammad, one of Fard Muhammad’s early converts and the man who was appointed as his successor when he died, wrote, “We believe that Allah (God) appeared in the Person of Master W. Fard Muhammad, July, 1930—the long awaited ‘Messiah’ of the Christians and the ‘Mahdi’ of the Muslims.”6)Elijah Muhammad, Message to the Blackman in America, Final Call (Chicago, IL: 1965), p. 164 This implied the ultimate authority is placed behind this man’s voice and teachings.

Elijah Muhammad’s leadership lasted for 41 years, which produces substantial growth within the cult following. “Upon the death of Elijah Muhammad in 1975, his son [Warith] Wallace Dean Muhammad became his successor. Wallace moved the Nation of Islam back into the fold of traditional Islam in the late 1970s. Wallace also led the group away from its radical racism and began teaching racial harmony, no longer viewing whites as a race of devils. He also repudiated Fard’s deification. The organization was renamed the American Muslim Mission.”7) Ron Rhodes, Find It Quick Handbook on Cults & New Religions, Harvest House Publishers (Eugene, OR:2005), p. 122 Walter Martin expressed, “To account for his father’s teachings, Warith Muhammad says they need to be understood metaphorically.”8) Walter Martin, The Kingdom of the Cults (Revised, Updated and Expanded Edition), Bethany House (Minneapolis, MN: 2003), p. 451 But this explanation of metaphorical interpretations of his father’s teachings did not sit well with those who believed it.

The theology of the movement is as peculiar as Mormonism and reaches close to the whacky beliefs of Scientology. David Barrett wrote, “The teachings included elements of Freemasonry, with an emphasis on astronomy and mathematics which would become significant later. The militaristic nature of the Nation of Islam was established early on by Fard; those who guarded the members were called the Fruit of Islam.”12) David V. Barrett, The New Believers: Sects, ‘Cults’ and Alternative Religions, Cassell & Co (United Kingdoms: 2001), p. 251 The militant mentality may be one of the few things it carries in relation with true Islamic beliefs.

What has been frequently referred to as their “creation myth” is not really an expression of creation and actually explains little of the origin of what exists. Walter Martin describes, “Nation members believe that God was at one time a scientist who wanted to create a single language on the earth, but was unable to do so. After failing to do this, he decided to destroy the earth, only succeeding in causing the moon to separate from the earth sixty-six trillion years ago.”13) Walter Martin, The Kingdom of the Cults (Revised, Updated and Expanded Edition), Bethany House (Minneapolis, MN: 2003), p. 452 So this “God” existed on earth along with other gods, was not the creator of the earth but a mere scientist performing experiments on the planet (and unsuccessful ones at that). The “creation myth” more specifically refers to where the races came from. Ron Rhodes clarifies, “One of these 24 gods, named Yakub, rebelled against Allah and the council, and committed the horrible crime of creating the white race—a race of devils—through a perverse breeding experiment that removed not only their color but also their moral virtues. At some point the whites tried to reverse-breed themselves back into the black race, but this effort only succeeded in producing gorillas.”14) Ron Rhodes, Find It Quick Handbook on Cults & New Religions, Harvest House Publishers (Eugene, OR:2005), p. 123 This exposes a foremost deviation from traditional Islam. The Quran teaches that Allah is the one and only God, “And of his signs, the creation of the heavens and the earth, and your variety of tongues and colors” (Surah 30:22).15)The Generous Quran: An Accurate Modern English Translation of the Qur’an, Islam’s Holiest Book (Translated by Usama Dakdok), Usama Dakdok Publishing (Venice, FL: 2009), p. 235

Having been created by Yakub, all white men are viewed as children of the devil because Yakub is a devil figure “who allowed his white offspring to rule the black man by means of lies and treachery.”16)Michael Lieb, Children of Ezekiel: Aliens, UFOs, The Crisis of Race, and the Advent of the End Time, Duke University Press (Durham & London: 1998), p. 143 This become counter-intuitive for the cult as they teach black men are gods who became oppressed by inferior white race produced as a bad science experiment. Elijah Muhammad says to the black people, “You are walking around looking for a God to bow to and worship. You are the God!”17)Elijah Muhammad, Our Savior Has Arrived, Secretarius MEMPS Ministry (Phoenix, AZ: 1974), p. 35 So all Black men are considered gods, but Wallace Fard Muhammad was the supreme god as being the wisest. However, according to Eljiah Muhammad no gods are eternal. “There are no gods who live forever.”18) Elijah Muhammad, Our Savior Has Arrived, United Brothers (Newport News, VA: 1992), p . 96 It sounds like these gods are mere mortals.

The more disturbing aspect of the cult is the militant mentality and teaching of a racial war. Their racist hatred has motivated them to become a national threat and the riots of the Black Lives Matters movement is only the current expression of the threat they pose. “Before and during World War II, he [Elijah Muhammad] fostered political friendship with the Japanese as a means to destroy white America before and during World War II.”19) Walter Martin, The Kingdom of the Cults (Revised, Updated and Expanded Edition), Bethany House (Minneapolis, MN: 2003), p. 451 However, it seems further contradictory for their violent actions perpetrated when they teach, “White people will eventually be destroyed by a great spaceship that carries out Allah’s judgement.”20) Ron Rhodes, Find It Quick Handbook on Cults & New Religions, Harvest House Publishers (Eugene, OR:2005), p. 124

Utilizing Ezekiel’s vision of the glory of God (Ezekiel 1:4-28), the Nation of Islam presents its end time scenario of a massive UFO called the Mother Plane. At the arrival of this Mother Plane, all whites, Christians, Jews, and anyone else who are viewed as oppressors of black people “face ultimate obliteration through the working of the Mother Plane as a vehicle both of destruction and salvation. In its annihilation of the enemy and its resuscitation of the faithful at the time of Armageddon, the Mother Plane will have fulfilled its true calling.”21) Michael Lieb, Children of Ezekiel: Aliens, UFOs, The Crisis of Race, and the Advent of the End Time, Duke University Press (Durham & London: 1998), p. 7 This odd opinion of Armageddon is a little late for the prophetic scheme, as all false religions fail when making predictions of the future. “The white man is the devil and was given 6,000 years to rule the earth, a period that ended in 1914.”22) Walter Martin, The Kingdom of the Cults (Revised, Updated and Expanded Edition), Bethany House (Minneapolis, MN: 2003), p. 453 Apparently they could not wait any longer for this UFO so they decided to start riots and burn down cities across the America.

In contrast, it is great to have faith in the true God Who has revealed prophetic utterances proven to be true throughout history (Isaiah 45:21). The true God is eternal (Deuteronomy 33:27), unchanging (Malachi 3:6), and has an infinite love for His creation which is not limited to a specific race, ethnicity, and people group (John 3:16). The true God does not encourage anger and hatred (Ephesians 4:31-32), nor promotes destructive militant behavior, but tells us to love our neighbors (Leviticus 19:18; Matthew 22:39). He showed us the ultimate expression of love (Romans 5:8) when God took on human flesh (1 Timothy 3:16), not in the person of Fard Muhammad, but Jesus Christ; and died on the cross (Philippians 2:8) for the sins of all mankind (Romans 6:23). He offers a true salvation with eternal life (John 17:3), not just a temporal one as deliverance from oppression with the foolish idea of men being gods that will eventually die. Eternal life is offered by the true God to whosoever will repent and believe the gospel.

Excerpt from Unreliable: The Science and Logic of Bill Nye by Heath Henning. This book can be downloaded for free. During the debate with Ken...

Refuting the “Christmas is Pagan” Myth