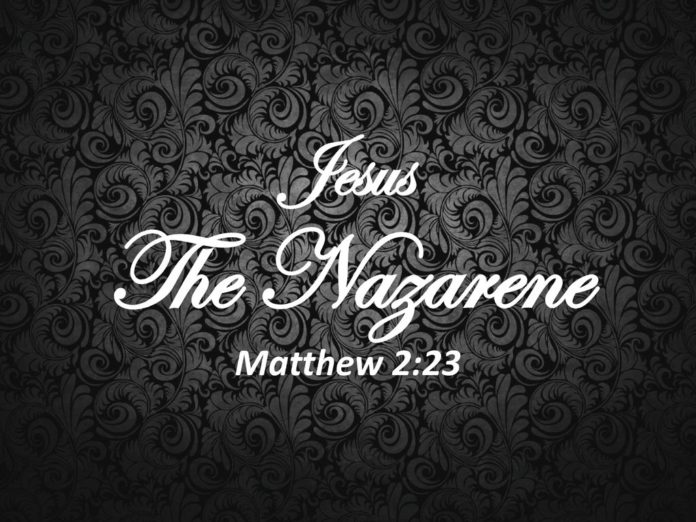 Matthew chapter 2 deals with the wise men coming from the east to worship the Christ child (Matthew 2:1-12), Herod the Great’s attempt to kill the true King of the Jews (Matthew 2:16-18), Joseph, Mary and the young Lord Jesus fleeing to Egypt (Matthew 2:13-15), and returning to Israel after Herod’s death (Matthew 2:19-22). These events lead the family to Nazareth where Matthew says in conclusion, “and he came and dwelt in a city called Nazareth: that it might be fulfilled which was spoken by the prophets, He shall be called a Nazarene” (Matthew 2:23). This verse has troubled many Bible commentators because nowhere in the Old Testament is this prophecy expressed that the Messiah shall be called a Nazarene. So what does this mean?

When Matthew uses the plural form of the word “prophets” it is identifying either “false prophets” (Matthew 7:15; 24:11, 24); a plurality of individual prophets which are often being depicted of having been persecuted (Matthew 5:12; 13:17; 16:14; 23:29, 30, 31, 34, 37); or in the phrase “law and prophets” to refer to the Old Testament Scriptures (Matthew 5:17; 7:12; 11:13; 22:40). One time a unique expression which enlightens our discussion about Matthew 2:23 is found when Matthew uses the plural form and says the event was fulfilling the Old Testament. “In that same hour said Jesus to the multitudes, Are ye come out as against a thief with swords and staves for to take me? I sat daily with you teaching in the temple, and ye laid no hold on me. But all this was done, that the scriptures of the prophets might be fulfilled. Then all the disciples forsook him, and fled” (Matthew 26:55-56). This passage is commonly assumed to be fulfilling Zechariah 13:7 because it mentions the disciples fleeing, but that prophecy has already been quoted in Matthew 26:31. The fulfillment of Matthew 26:55-56 is not a reference to any specific prophecy as the phrase is “the scriptures of the prophets might be fulfilled” instead of the usual phrase that an event fulfills word of “the prophet” (sometimes followed by a name). The phrase “the scriptures of the prophets” is clearly functioning as a synonymous expression with “law and prophets” to recognize the Old Testament in general. Furthermore, the fleeing of the disciples occurs after the comment of the fulfillment of prophecy. It is the preceding action that fulfilled “the scriptures of the prophets,” mainly Christ being apprehended with the intentions to put Him to death.

Therefore, Matthew 26:56 is representative of the Old Testament in general having plenty of prophecies about the Lord Jesus Christ being put to death. “Yea, and all the prophets from Samuel and those that follow after, as many as have spoken, have likewise foretold of these days” (Acts 3:24). Also consider Marks 1:2-3 which says, “as it is written in the prophets, Behold, I send my messenger before thy face, which shall prepare thy way before thee. The voice of one crying in the wilderness, Prepare ye the way of the Lord, make his paths straight.” Mark uses the plural form for “prophets” and follows by citing two different prophecies written by two different prophets (Malachi 3:1; Isaiah 40:3). Similarly, when Matthew mentions the fulfillment of what was “spoken by the prophets” in Matthew 2:23, it should be understood as being a general representation of the combined voices of the prophets throughout the Old Testament, not a specific quotation of any one verse found in the Old Testament. But what does it mean that Christ “shall be called a Nazarene”?

Many, probably the majority, of commentators interpret calling Christ a Nazarene is fulfilling the prophecies which call the Messiah “the branch.” There are multiple prophecies that refer to the coming Messiah as “the Branch” (Isaiah 4:2; 11:1; Jeremiah 23:5; 33:15; Zechariah 3:8; 6:12). The Hebrew word for the “branch” is נֵצֶר which may be transliterated as nezer,. This is then claimed that Matthew is using a wordplay to Matthew 2:23 to present Christ as “the Branch” fulfilling these Messianic prophecies of the three different prophets. However, there are reasons to question this idea.

First, grammatically speaking, the Hebrew letter Tzaddi (צ) is not normally transliterated as a z but rather tz or ts making the spelling netzer not nezer. The Greek word Matthew uses is Ναζωραῖος with the zeta (ζ) representing our English z. It is not the expected transliteration of the Hebrew letter tzaddi to a Greek zeta, though it can occur we would generally anticipate the Greek letter sigma (σ). However, there are enough examples the defy our anticipation such as Zoar (Genesis 13:10) in Hebrew צֹעַר where the tzaddi (צ) is changed to zeta (ζ) in Greek zogora or zogor as it is spelt in Jeremiah 48:34 (LXX Jeremiah 31:34).

Another major obstacle for this interpretation is the fact that out of the 6 verses that refer to the Messiah as “the Branch,” only one of them (Isaiah 11:1) uses the word נֵצֶר (netzer). All the other passages use the word צֶמַח (tzemach). The only other verses that have the word netzer are 14:19; 60:21; and Daniel 11:7, none of which are relevant Messianic prophecies. This means that only one prophet uses this word for the Messiah so Matthew could not be stating that this prophecy was a generalized expression from “the prophets,” but should rather simply say “the prophet” or even follow with the name Esaias since he is the most frequently named prophet by Matthew (Matthew 3:3; 4:14; 8:17; 12:17; 13:14; 15:7). Furthermore, the only time “the Branch” is used as a proper name is in Zechariah 6:12 using the word tzemach which also makes it doubtful that this is intended by Matthew’s prophecy. Tzemach is used as a title, but it was common to join one’s place of living or origin to their name to identify someone specific if they had a popular name making the location part of their name. This is why Jesus is frequently called “Jesus of Nazareth” (Matthew 21:11; 26:71; Mark 1:24; 10:47; 14:67; 16:6; Luke 4:34; 18:37; 24:19; John 1:45; 18:5,7:19:19; Acts 2:22; 3:6; 4:10; 6:14; 10:38; 22:8; 26:9). Since a religious movement can be called after its originators name (for example the Epicureans in Acts 17:18 are named after the philosopher Epicurus) so the early Christians can be called “the sect of Nazarenes” (Acts 24:5) because it is joined with Jesus’ name as an epithet thereby representing a proper name.

The second option from the Hebrew language that Matthew may be using as a wordplay is נֶזֶר (nezer), which is the root word from which we get the term Nazarite. The essential definition of the word would mean “separate, set apart, or consecrate,” which is seen in the discussion of the Nazarite vow in Numbers 6. “Speak unto the children of Israel, and say unto them, When either man or woman shall separate themselves to vow a vow of a Nazarite, to separate themselves unto the Lord” (Numbers 6:2). The Nazarite vow was to take an oath of separating or consecrating oneself to the Lord Jehovah for a temporary time (Numbers 6:13). During this time, one was to abstain from cutting their hair (Numbers 6:5), eating or drinking any product of the vine (Numbers 6:3-4), and not becoming defiled by a dead body, not even one’s own parents (Numbers 6:6-8). While this vow was never obligatory and only temporary, Samson (Judges 13:5-7; 16:17), Samuel (1 Samuel 1:11), and probably John the Baptist (Luke 1:15) were vowed to this as a permanent lifestyle before they were born.

The grammar fits what we would expect in transliterating the Hebrew word into Greek with the zain (ז) being changed into a zeta (ζ) to provide the spelling of being called a Nazarene Ναζωραῖος (Matthew 2:23). It further delivers an interesting connection to the expected Messiah. In Leviticus 21:1-4 the priests are commanded to not be defiled by the dead with the exception of nearest family members. This is in common with the Nazarite vow (Numbers 6:6-8). The priests were not to drink wine or strong drink when entering the tabernacle to perform their priestly duties (Leviticus 10:9-11) similar to the Nazarite vow (Numbers 6:3-4). The reason for these commandments for the priests is that they are to be Holy unto their God (Leviticus 10:10; 21:6), just as the nezer root of Nazarite means “separated, set apart, or consecrate.”

Furthermore, the commandments for the High priest include: “And he that is the high priest among his brethren, upon whose head the anointing oil was poured, and that is consecrated to put on the garments, shall not uncover his head, nor rend his clothes; neither shall he go in to any dead body, nor defile himself for his father, or for his mother; neither shall he go out of the sanctuary, nor profane the sanctuary of his God; for the crown of the anointing oil of his God is upon him: I am the Lord” (Leviticus 21:10-12). This is interesting because it connects the word “anointing” which is from the Hebrew root מָשַׁח (mashach) where we get the word “messiah,” which becomes the Greek word for Christ (cristoV). In verse 12 the word for “crown” is nezer. The phrase “the crown of the anointing oil of his God” connects the word nezer and messiah in the context of the High Priest. Nezer is translated as “crown” here because it was the “crown” of the High Priest that separated him from the other priests (see Exodus 29:6 cf., 28:36-38; 39:30; Leviticus 8:9). Furthermore, nezer is often translated as crown in reference to royalty as the king’s crown, such as for king Saul’s crown (2 Samuel 1:10). But in other references to the king’s crown, nezer is connected with mashach since the kings were anointed (see 2 Kings 11:12; 2 Chronicles 23:11; Psalm 89:38-39; 132:17-18; Proverbs 27:24). The connecting of nezer and mashach in Psalms 8938-39 is intriguing since the psalm ends with the phrase “the footsteps of thine anointed” (Psalm 89:51), causing it to become a popular Messianic Psalm in ancient rabbinic literature. Matthew alludes to Psalm 89:9 in Matthew 8:26 which would identify Christ as Jehovah calming the waves (also see Mark 4:39). The word nezer is also used in Zechariah 9:16 following shortly after Zechariah 9:9 which is a known Messianic prophecy cited by Matthew in Matthew 21:4-5. Between Psalm 89 and Zechariah 9 we find internal evidence within the Gospel of Matthew to use the plural form of “prophets” in Matthew 2:23.

It would seem the nezer provides the best wordplay for Christ being called a Nazarene since the Lord pictures and anointed offices of both the Priest and King. This is why Christ is said to be the High Priest after the order of Melchisedec (Psalm 110:4; Hebrews 5:5-6, 9-10; 6:20), because Melchisedec was the Priest and King (Genesis 14:18; Hebrews 7:1-2). To the original Jewish audience of the Gospel of Matthew, the word nezer would draw this connection of both the High Priest and kings of Israel. This makes Christ being called a Nazarene carry deep theological nuances. 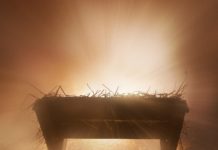 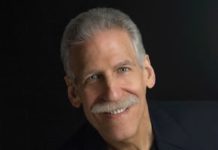 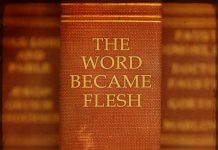 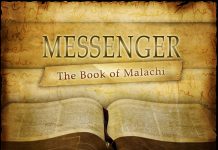 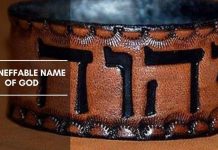 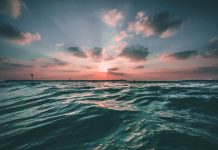 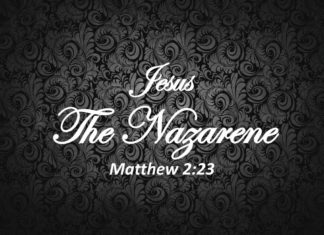